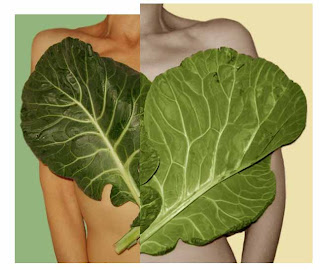 The weekend a friend stopped breastfeeding, she and her husband celebrated by taking a cruise. They relaxed, they laughed, and, because she could, they had a few drinks. All should have been well. But her breasts didn’t get the memo about the no breasteeding order and kept producing milk, as they will, thus becoming enormous and sore. This is known in the breastfeeding biz as engorgement.

The recommended cure is to breastfeed. However, my friend was, for the weekend, sans baby, sans breast pump. She is a tough girl. But the body has a humbling way of showing us who’s really in charge. Sometime around midnight, she stumbled down to the infirmary and said, hey, any chance you guys have a spare breast pump around?

She became aware of their disapproving gazes right around the time she became aware of the daiquiri fumes coming off her in waves. She refrained from asking if there were any infants aboard who might be feeling like a snack. She did ask the clinic staff if they might have any suggestions for breast engorgement.

A nurse suggested she nip around to the kitchen to see if there were any cabbage leaves to be had.

This was a new one for my friend. And though she’s intrepid enough to stare down the cruise chef and ask he hand over his brassica, it just seemed too old-wives’-tale wacky, She said thanks very much, sorry to trouble you, have a nice evening. She soldiered on and perhaps had another daiquiri or three. Because really, how is slapping cole slaw on your breasts going to relieve pain and swelling?

We had a good laugh about it -- and a little wine. Then I Googled cabbage and breastfeeding and discovered it’s a remedy going back at least 200 years and probably further. Who knew? You, probably, but not my friend and not me.

Ever looking for ways to give vegetables good p.r., I found the idea of a cabbage remedy enchanting. The science behind it says cabbage contains sulpher and magnesium, both of which antiobiotic and antiinflammatory properties. Cabbage is also considered a potent inhibitor of breast cancer in women, helping the body metabolize estrogen.

But cabbage leaves and breasts do not go together the way figs leaves and genitalia seem to. And the idea of something vegetal there, well, how comforting could it be? Well, speaking as a curious person rather than a nursing mom in need, it’s rather nicer than you’d think. And if you’re engorged, I bet it’s terrific.

Engorgement isn’t the only reason to admire the cabbage. You can do more than wear it, you can eat it. And what else can offer you so much nutrition for so little money and so few calories? Sky-high in vitamins K and C, rich in fiber and folate, it also has calcium for sturdy bones, antioxidants to keep cancer far away, it even contains protein. It’s easy to grow, endures extreme temps and can go in recipes as simple as slaw and as decadently comforting as pizzocheri.

An Italian dish traditionally made with broad buckwheat noodles, you can use any kind of sturdy whole grain pasta. I made it with whole wheat farfalle and offer both vegan and traditional versions. Either way, it’s cheap and easy to make, rewarding to soul and stomach and maybe breasts.

In a large skillet, heat oil over medium-high heat. Add onion, reduce heat to low, cover and let onion carmalize and cook for 20 minutes. Raise heat back to medium, add garlic, sage and shredded cabbage. Cook, stirring for about 10 minutes, until cabbage turns pale and tender and garlic is soft and fragrant.

Bring a large pot of water to a boil. Add sliced potato and pasta and cook 8 to 10 minutes or until both are just tender. Drain and rinse.

Toss cabbage with the potatoes and pasta. Add a generous amount of sea salt and fresh ground pepper.

If you’re vegan, stir in the nutritional yeast and perhaps another drizzle of olive oil.

Nonvegans can add shredded cheese at this point.

Pizzocheri can be enjoyed just fine out of the pot, but traditionally it’s poured into a lightly oiled casserole and baked for about 10 minutes, or until top is golden-brown and cheese has melted.