Soupe Joumou: Sunshine in the Midst of Darkness 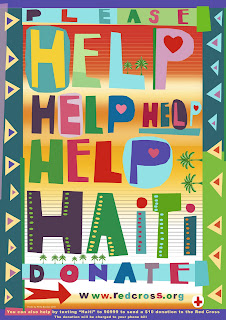 When a man pours you his soup, he pours you his soul, even when it’s soup cooked up on a hot plate. Maybe especially then. My friend Marcel celebrated New Year’s Day by making soupe joumou, the beloved soup with which Haitians start the new year. For Marcel, it was not enough to make soup -- he had to feed everyone he knew.

When I arrived, his tiny apartment was flooded with afternoon light and was so jammed, I couldn’t see the host for all the guests clustered around, cradling soup bowls, talking, eating, laughing.

Finally, I found Marcel his makeshift kitchen, holding court and presiding over the soup pot.

I gave him a kiss and picked up a bowl.

“It has meat,” he warned, remembering I’m a meat-free kind of girl.

We looked at each other. He beamed and ladled it up from a battered aluminum pot, rich and golden, like liquid sunshine.

Soupe joumou is the triumph of spirit over tyranny, heart over privation and a damn fine way to warm body and soul. This is a soup tapping into the collective unconscious of a people, evoking stronger feelings than Proust’s madeleine. I wasn’t going to let some bits of beef get in the way of that.

We all love to ring in the new year with its promise of new beginnings, but in Haiti, it’s especially cause for joy. New Year’s Day is Independence Day, the celebration of that New Year’s Day in 1804, when Haitians ended over a century of bloody rule by the French and were no longer colonial slaves but a free people in their own homeland.

Haitians celebrated by eating what had been forbidden them -- meat, cabbage and squash, the latter two grown on their own island. Haitian slaves had cooked these foods for their French masters, while they themselves had survived solely on rations of salt cod and lemonade.

Like hopping john, the new year’s dish invented by slaves in the south, soupe joumou is a dish that sustains and is sustainable. It’s made from what is local and available. The Haitians adapted the soup from their French masters, heating it up with habaneros and ginger and making their own. Like hopping john, some eat it on New Year’s Day for good luck. Others, like Marcel, eat and serve it knowing -- and honoring -- its history. And as with all things Haitian, there is some myth. The soup is said to honor Papa Loko, the Vodou god of the ancient African spirit. Yellow is the color that honors him. In any case, soupe joumou is belly-filling and soul-lifting all at once.

Since Haiti’s earthquake, Marcel, our gracious host of just a few weeks ago, looks crumpled, hollowed out. Most of us in Miami do. Haiti is but 700 miles away. Or it is literally next door. Haitians make up a rich part of our community and though we may not personally have lost family, as Marcel has, we all have Haitian friends, Haitian ties. People burst into tears on the street. Coworkers who once barely got past, ”Hi, how’s it going?” now embrace. There has been an outpouring of relief effort here, along with an outpouring of grief. Those efforts will be all the more important in the coming weeks and months, when the rest of the world might be inclined to forget or suffer compassion fatigue. As if caring could ever tire you.

Soupe joumou epitomizes for me Marcel and all the people of Haiti, who take what little they have, make it delicious and offer it to you with all their heart. It’s time for us, who have so much, to do the same.

At this time of crisis, as President Obama said, "We are reminded of our common humanity." Please donate to Partners in Health (www.pih.org),

the American Red Cross, Doctors Without Borders or whatever relief

I have taken the meat out of Marcel’s soupe joumou but not, I hope, the heart. Great by itself or ladled over cooked brown rice.

1 bunch collards or callalloo, chopped into bite-sized bits, or about 3 cups shredded cabbage

Add broth and bring heat to high. When broth comes to a boil, add thyme leaves and bay leaf.

Reduce heat to low, cover and simmer for half an hour, or until vegetables are tender.

Squeeze in lime juice and season with sea salt and pepper.