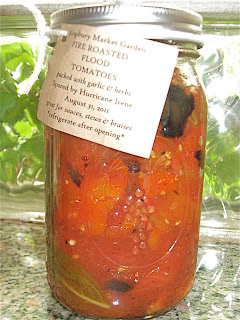 “Summer surprised us,” writes T.S. Eliot. The phrase comes early in “The Wasteland’ and it surprises the reader, too, already so lost in the poem’s rich layers as to be startled by these five simple syllables that come in the seventh line.

Summer always surprises me, especially September, which I still associate with fall, with going back to school and the whole gestalt of it, from the new dress my mother always got me for the first day of class in grade school, to college in Bennington, where leaves were starting to change color. So I trot out my limited autumnal wardrobe. Only I’m in Miami and it’s in the 90s, hotter, even, than August. Even though it happens every year, the end of summer catches me by surprise. I always call Labor Day Memorial Day, the other holiday that brackets the summer, the one that comes in the beginning, in May. Labor Day means summer over, game over.

That may not be such a bad thing. This summer in particular has been a time of surprises, but not the sort where you get flowers from a secret admirer or run into a long-lost friend on the street. This summer, the surprises have been more on the Biblical order — hurricanes, earthquakes, floods, drought, wildfires, the ten year anniversary of 9/11. Closer to home, our neighbor was arrested (I always suspected he was up to something) and my father-in-law died. It all coincided as summer turned to fall, a fairly grim harvest, a modern-day equivalent of the plagues, a reason to stock up on NSAIDs. What I call a visit from the Crap Fairy.

For me, putting wry words to a bad situation helps rob it of some of its malevolent power. But nomenclature only gets you so far when the ground you’ve been sure of shifts beneath your feet. For one friend, it meant losing his health and his job and with it, his income and his sense of self. For another, the ground shifted literally when her farm flooded, leaving it three feet under water. On a good day, I am edgy enough to envision Armageddon, I don’t need any help.

What do you do in times like these? My friend with the flooded farm did not lie down on the floor and have a tantrum, although God knows, I wouldn't have blamed her. She cooked up the tomatoes her husband had harvested — all 700 pounds of them.

If we can’t change the course of nature, at least we can make dinner. The very act of cooking means taking one step then another. There are tomatoes to can, dull physical acts that impel us towards life. Cooking walks the thin line between sacrament and faking it till you make it. It does not make everything better, but it engages us, it fills the emptiness. And we get dinner, too.

"The harvest has passed, the summer has ended, and yet we are not saved."

Not so fast, big boy. Quick and easy to make, nourishing and soothing to eat, this stew is surprisingly full of the flavors of summer. Serve over quinoa or other whole grain.

1 bunch greens, such as kale or spinach (roughly 3 to 4 cups)

Add cumin, coriander and turmeric. Add greens a handful at a time. Toss until greens are coated and start to wilt, about 3 minutes.

Add garbanzos and tomatoes. Reduce heat to low, cover and simmer for 20 minutes, or until vegetables are tender and flavors have blended.

Season with sea salt and pepper.