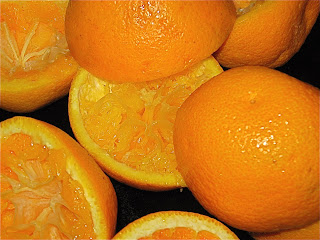 It is Sunday afternoon, I am in my frock, ready to go out. I am waiting for my husband, who’s been out running errands, to pick me up. He is a smidge late. I am used to this. The phone rings. “I’m okay,” my husband says, “but I’ve been in an accident.”

My heart and stomach fall down my inner elevator shaft to the bottom. He’s okay, I tell myself, running out the door. He called, he spoke and he said he is okay, ergo he is okay. This is what I think as I run. I do not have to run far. The accident has happened a block from our house.

My husband was driving home when a 17-year old ran a stop sign. Husband is indeed fine, kid is fine, both of them standing bewildered in the debris in the middle of the intersection. I am wobble-legged with relief. My husband says he felt tremendous relief at the sight of me, too, and holds the image of me storming towards him like some righteous angel, my white frock fluttering. The dress would soon be drenched with sweat, thanks to anxiety and to standing outside in a shadeless 90 degrees. That part his brain has kindly edited out.

Angels and such are a good idea, but I’m not one and I don’t believe in them as a rule. Yet some benevolent something-or-other must have been present. Had the kid or my husband been driving faster, if there had been any sort of injury or worse or, oh, I can’t even bear to think about it. And since I could not bear to think about it, I got a headache and a sound worm -- the technical term for a refrain or song stuck in your brain. A logical choice would be Radiohead’s “Airbag,” with its happy (for Thom Yorke) refrain, “An airbag saved my life.” Instead, my brain seized on REM’s “Orange Crush.”

My husband was not crushed, he is not orange, nor is his car, he doesn’t even drink Orange Crush. We met at an REM concert, but well before the song came out. I had liked “Orange Crush” for its boppy hook until learning it was really about Agent Orange, after which it pretty much creeped me out. But we don’t get to choose our obsessions.

I play “Orange Crush” repeatedly to try and get it out of my mind. It doesn’t work. I kind of hate when life so shakes you up and instead of devoting your life to finding a cure for cancer, you go and do something weird like obsess about an REM song. And yet I think these shakeups, however we react to them, are also when we are closest to the real business of living. Even if we don’t understand it. At least that's what I tell myself by way of comfort -- this is easier for me to accept than angels.

Back at the scene of the crime, the cops come. They fill out a report. We learn the kid is driving with a suspended license. Kid's car isn't so bad. Husband’s man vehicle has to be towed. He endures a few days of achiness, but he is, as he says, okay. I pop ibuprofen for a few days, just to keep him company and do not tell him about my “Orange Crush” obsession but take to touching him more frequently, as a way to reassure us both. And come up with this heady saffron and orange-scented couscous to cook this sound worm out of my head and celebrate the privilege of being alive.

Here’s a vid of REM doing “Orange Crush.” http://www.youtube.com/watch?v=2BvXBwtrs_k Proceed at your own risk.

A word about this couscous -- it is heretical. The Moroccans would no sooner tart up their couscous than they would sell their mamas. They serve couscous, their national dish, fluffy and unadorned, to serve as foil for the subtly spiced tagines. Nevertheless, I have turned couscous into a stand-alone salad that demands and deserves its own attention. Apologies to any offended parties.

grated rind of 1 orange (about 2 teapoons)

Feta would be a nice addition for those who goat

Pour orange juice and white wine into a medium saucepan. Bring to boil. Add saffron and couscous. Turn off heat and cover pot. Let stand for about 8 minutes or until liquid is absorbed, Fluff couscous with fork. This is fun.

In a small bowl, whisk together olive oil, spices, orange rind and orange juice. Pour over couscous. You may add the scallions, herbs, greens and chopped nuts now, but the couscous is exponentially better the next day. Even this scribbling, which seemed entirely scattered yesterday came together neatly and swiftly this afternoon (note to self -- be patient, sometimes things improve over time).